In 2019 the Solicitors Regulatory Authority (SRA) replaced its SRA Handbook with the SRA Standards and Regulations. The changes took effect from 25th November 2019 and the impact on the Solicitors Accounts Rules (SARs) appeared, at first glance, to be remarkable as the number of Rules was reduced from 52 in the 2011 version to just 13 as the SRA moved from a prescriptive regime to a more principles based one.

The underlying requirements of the SARs, however, have remained unchanged with the key areas remaining:

What this means for law firms:

The new Rules are less prescriptive with many of the references to specific time frames such as “by the next working day” or “within 14 days” being replaced by “promptly” where there is no fixed definition for this term. The idea is that it is up to individual firms to determine (and justify where challenged) their own time frames that are appropriate to their own individual circumstances.

There are now fewer distinctions between the different types of disbursements, but the element of the changes that will probably have the greatest impact on many firms is no longer having access to non-professional disbursements until the client has actually been billed (or received written notification of costs). This could clearly impact the cashflows of firms and possibly lead to the separate billing of disbursements. The new Rules also require that the central register of costs now includes a record of “other written notification of costs”.

Operation of clients’ own accounts

The record keeping for such accounts previously was minimal; the new Rules require that these accounts now included in the firm’s reconciliations. However, as clients’ own accounts are not recorded as part of the client ledger this will require the fee earner or the accounts department to now maintain a separate ledgers for such accounts so that there is something to which the bank statements can be reconciled!

The new Rules also cover the use of third party managed accounts (TPMAs) where the third party (a payment service provider) holds money that would otherwise be classified as client money on behalf of the solicitor. Although such funds would not be classified as client money, the SRA does require a number of steps to be undertaken by firms using TPMAs but ultimately, in line with the less prescriptive regime, it is for individual firms to determine whether it is appropriate to hold certain funds in this way.

Previously best practice but now included in the Rules is that reviews of reconciliation differences and credit office account balances are evidenced by the manager or COFA.

Although firms that have been operating under the 2011 SARs with no particular issues may not consider the possible changes arising from the new Rules significant, because of the move from a prescriptive to a principles based regime, it is more important than ever that each firm formulates and documents its policies, particularly with reference to the time frames decided upon and that the relevant staff (most notably the accounts staff and fee earners) are aware of and have access to these policies.

If you require further assistance and advice in implementing the new Solicitors Accounts Rules for your firm, please contact one of our Professional Practices Team. 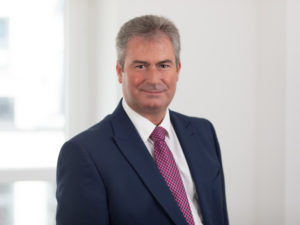