Amendments and clarifications to FRS 102 have prompted changes to the reporting requirements of Registered Providers, with an updated SORP and Accounting Direction, as well as changes to SHPS accounting.

The National Housing Federation has updated the Housing SORP following recent amendments to accounting standard FRS 102 which resulted from its triennial review, as well as clarifying some other areas of the previous version of the SORP. It will be effective for periods beginning on or after 1st January 2019, but early adoption is also permitted.

The key changes introduced by the SORP update are:

The Accounting Direction, which sets out additional disclosure requirements for the accounts of private registered providers, has been amended by the Regulator of Social Housing. It is applicable for accounting periods beginning on or after 1 January 2019, although early adoption is encouraged. The changes are fairly modest, and include:

Developments are emerging in respect of accounting for the Social Housing Pension Scheme (SHPS) defined benefit pension scheme. The refinement of data and systems over the past two years means that it will now be possible to account for the scheme fully on the Balance Sheet. In previous years, as a multi-employer scheme, there was insufficient information for Social Housing Providers to accurately determine their underlying share of the scheme’s assets and liabilities.

Instead, in accordance with FRS 102, Social Housing Providers have fully provided for the net present value of the contributions which they were contractually required to pay in respect of the scheme deficit. The Scheme’s actuaries have been able to refine their data and systems sufficiently to enable each Social Housing Provider’s share of the underlying assets and liabilities to be determined and, as a result, from 2018/19 onwards it is this net liability which will be brought into account. The implications are as follows:

Indicative valuations have been produced as at September 2017 by the scheme Actuary, but final figures for the year end accounts are not expected to be produced until May 2019. 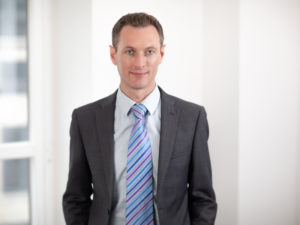